As related by Elder George Reynolds in the Millennial Star in 1879, Jules Remy and Julius Brenchley visited Utah in 1855. On their return home to Paris, France, they brought with them a copy of The Book of Abraham, "which they placed in the hands of "a young savant of the Museum of the Louvre, M. Theodule Deveria," with the request that he would translate it. This he attempted to do. Messrs. Remy and Brenchley [sic] afterwards published an account of their travels, and embodied therein M. Deveria's soi-disant translation."1 This translation of the facsimiles into French was published by Jules Remy in 1860 in Paris, France, being his second volume relating to his "Journey to the Land of the Mormons." The next year an English addition appeared in print, "scrupulously revised," and retitled, A Journey to Great Salt Lake City.2

The first LDS response to this French publication came from Louis Bertrand, while serving as the Mission President over France. Bertrand was converted to the Gospel through John Taylor, and Bertrand substantially assisted Elder Taylor in translating the Book of Mormon into French.  Bertrand's response to Remy was included in his book entitled Memoire's D'un Mormon [Memoirs of a Mormon], published in Paris, France, in 1862.

The extent of Remy's publication seems to have had limited circulation among the Latter-day Saints because this issue wasn't addressed again in print until George Reynold's response was published in 1879, six years following T.B.H. Stenhouse's publication of The Rocky Mountain Saints.3 Stenhouse plagiarized Remy's book by reproducing Deveria's translation of the Book of Abraham facsimiles which he then compared with Joseph Smith's explanations of the same.

The original publication of Remy's book in French is available below.  No translation is attempted, however, since the English version is also available online. 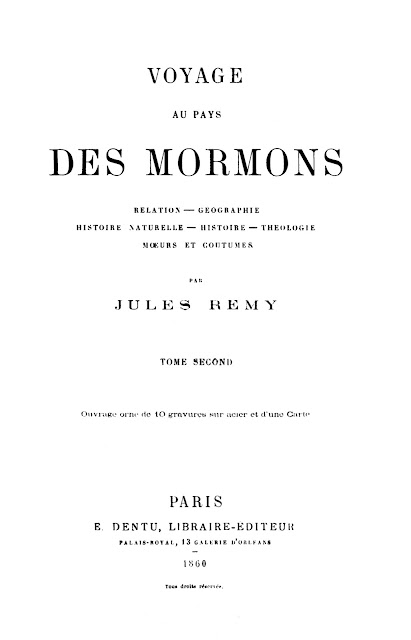 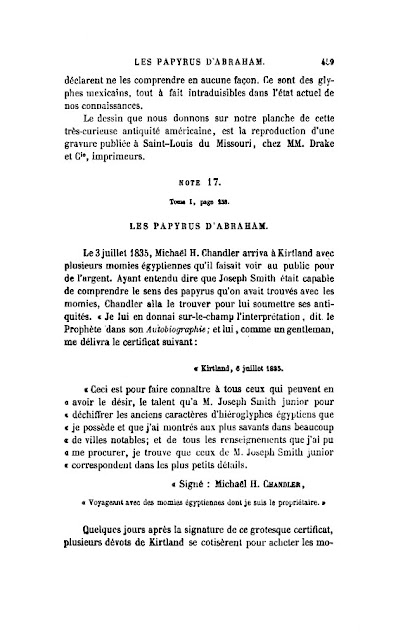 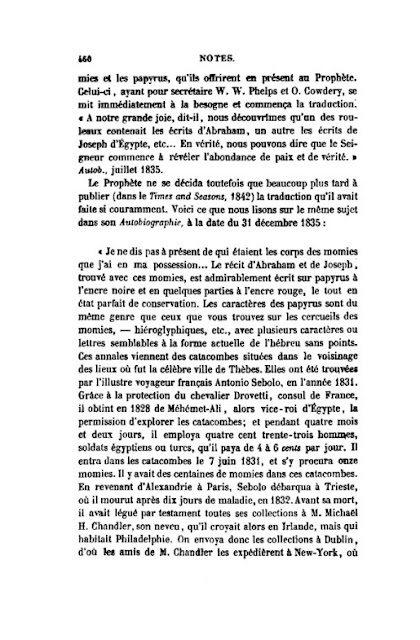 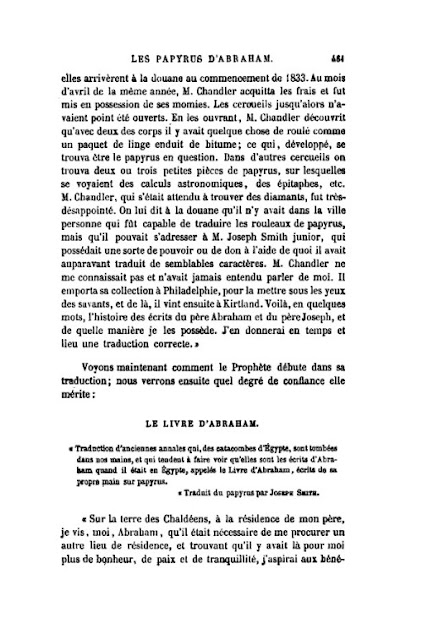 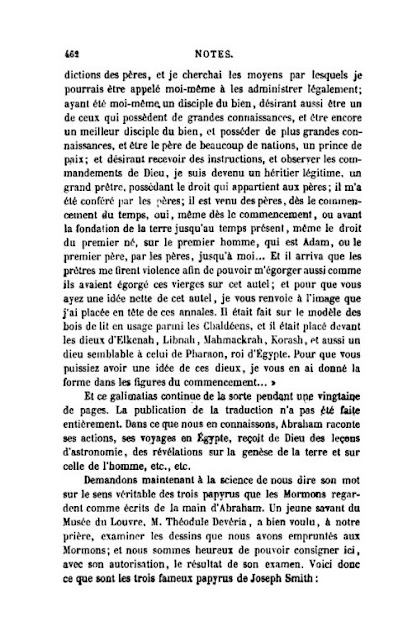 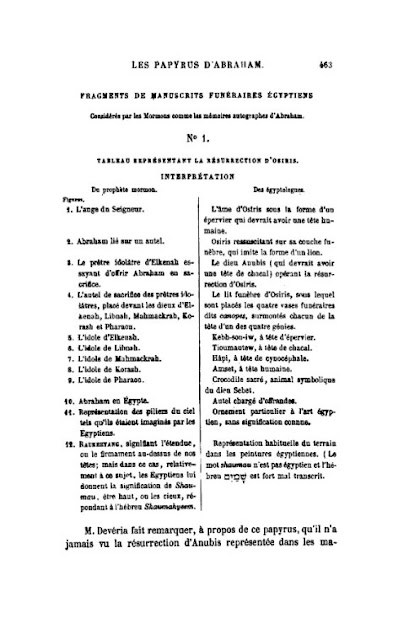 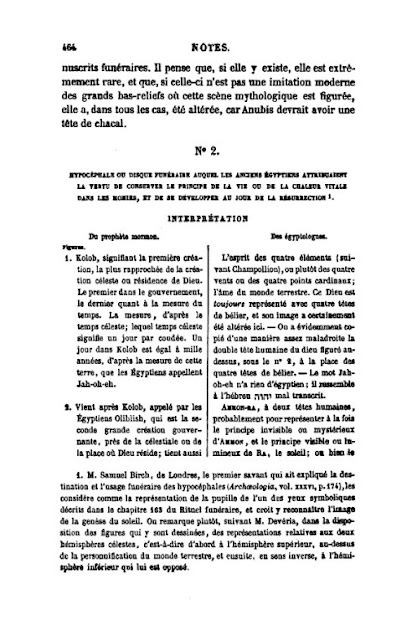 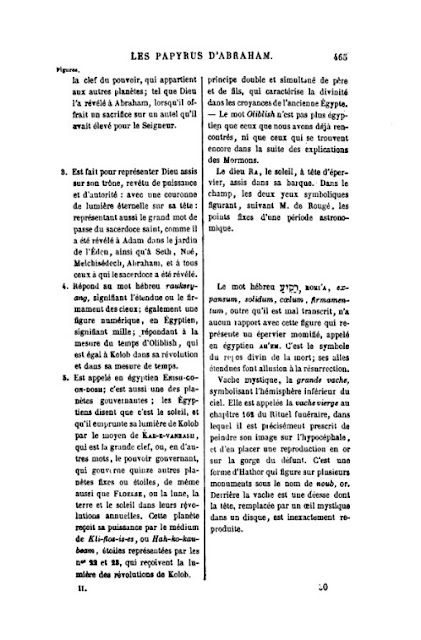 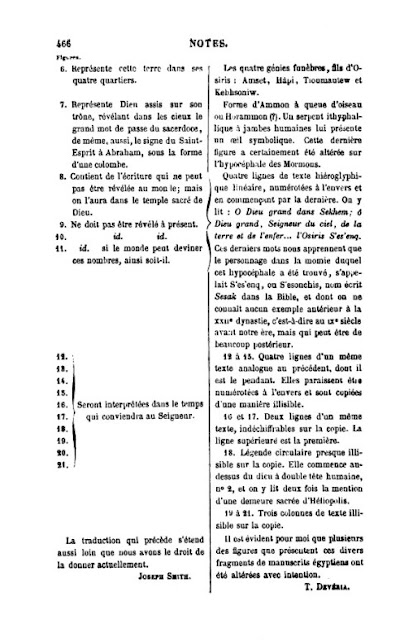 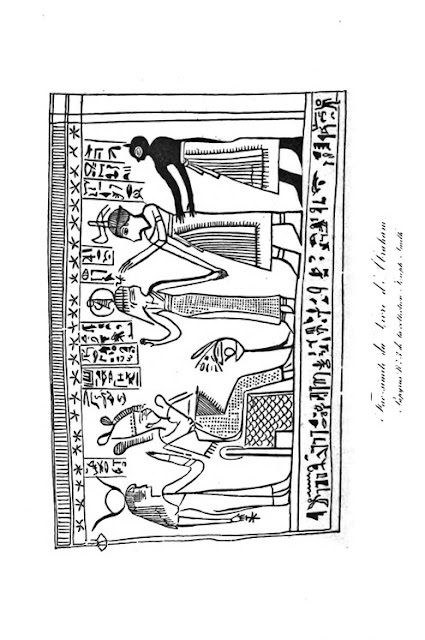 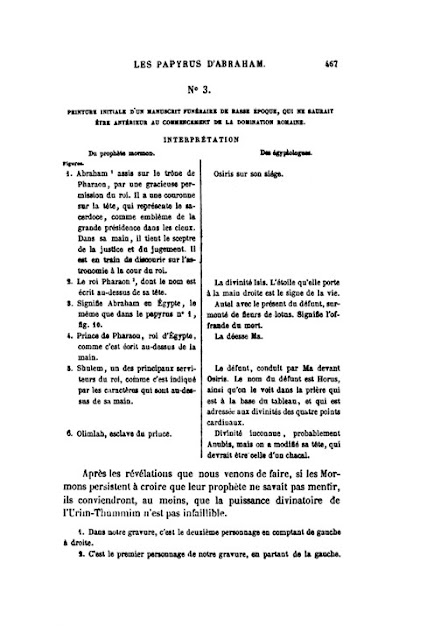