Mormonism and The Mormons - Daniel Kidder

The first published criticism against the Book of Abraham was printed in 1842, the same year as the Book of Abraham was initially published in the Times and Seasons, and subsequently in the Millennial Star. Kidder' book offers no insightful contributions regarding the Book of Abraham, rather, it is purely satirical. Kidder was educated at Wesleyan University, which he completed in 1836, before entering into the ministry. He published several books during his life, including his anti-Mormon publication entitled Mormonism and The Mormons: A Historical View of the Rise and Progress of the Sect Self- Styled Latter-Day Saints.1  His comments are the sort of standard ad hominem attacks characteristic of the time and culture in which his publication took place. He simply dismisses the subject without any serious consideration, using satire as his tool to achieve his purpose.

A response to the book came in a subsequent publication of the Times and Seasons. The respondent did not deem Kidder's satire of the Book of Abraham important enough for specific comment; rather, the response addresses the book as a whole.

Excerpts from Daniel Kidder's book, relating to the Book of Abraham, is included below: 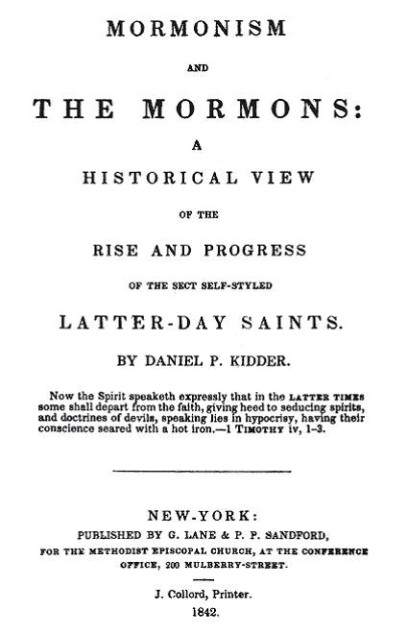 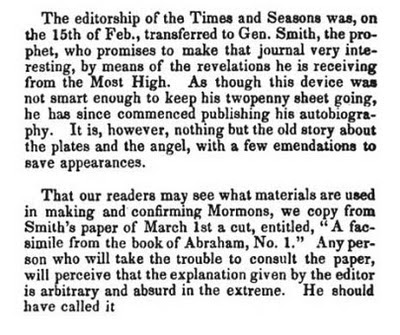 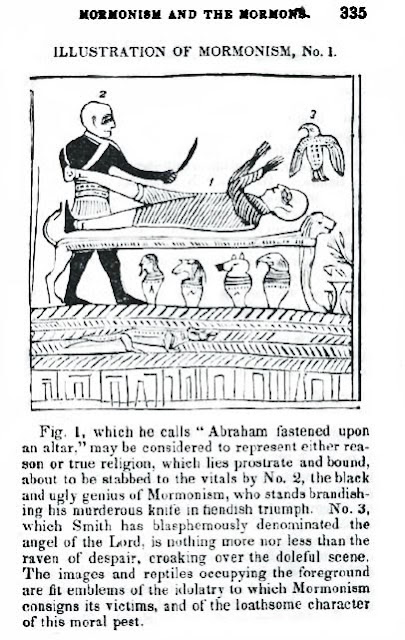 1﻿ Biographical information on Daniel P. Kidder obtained at http://en.wikipedia.org/wiki/Daniel_Parish_Kidder, and also documented at http://digital.lib.msu.edu/projects/ssb/search.cfm?AuthorID=159
Posted by Tim at Sunday, October 03, 2010