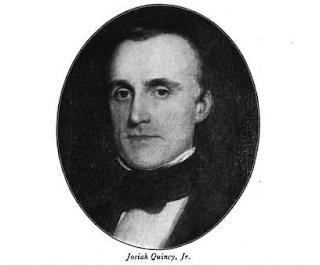 Henry Caswall and the Book of Abraham

The Reverend Henry Caswall was an Anglican clergyman who visited Nauvoo in mid-April, 1842.  He was associated with the small Kemper College, near St. Louis, Missouri, where he actually spent most of his time officiating for Sunday services. Caswall was one of the more influential anti-Mormon writers of the 19th century, primarily because of his Greek Psalter episode with the Prophet Joseph Smith.1  During his three days visit in Nauvoo, he personally witnessed the papyri kept in a chest of drawers in the Prophet's office, and the mummies that Lucy Mack Smith maintained in her home. While in Joseph's office Caswall viewed "glazed slides, like picture frames, containing sheets of papyrus, with Egyptian inscriptions and hieroglyphics." These sheets of papyrus included Facsimile 1. In another drawer, Caswall may have seen Facsimile 2.

Caswall's account of this incident is recorded in his book, The City of the Mormons, and was summarized in his next book, The Prophet of the Nineteenth Century. The relevant portions from both books relating to the papyri and mummies are included below.

In 1893, Robert Horne related his reminiscences of life while living in Nauvoo. Having visited the Prophet's mother (Lucy Mack Smith), he was able to see the mummies and papyrus. Horne recalls that both the Book of Abraham and the Book of Joseph were included in the papyri, and he indicates that the papyri included black and red writings [rubrics].  He also recalls seeing four mummies and even grabbed the breastbone of one of them.  His reminiscences were recorded in the Millennial Star 60/36 (Sept 4, 1893):585.