Subsequent to the publication of Mormonism and The Mormons, a response, written by the paper's editor, was published in the Times and Seasons in September 1842.1 It is apparent that the writer of this response did not deem Kidder's satire of the Book of Abraham worthy of specific comment. Kidder's book is compared to other's attacks against Joseph Smith and the Church, and is recognized as just another instance wherein the Saints will be blessed for having been falsely spoken of for Christ's sake. Kidder's book marks the first published criticism of the Book of Abraham, and Facsimile 1 associated therewith.  The response to his book is included below, which is an extraction from the Times and Seasons: 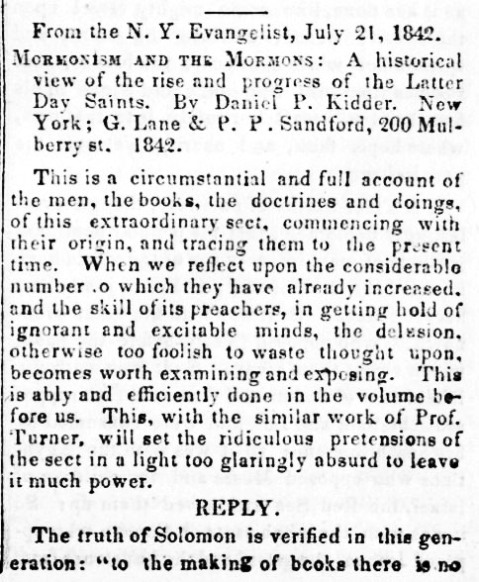 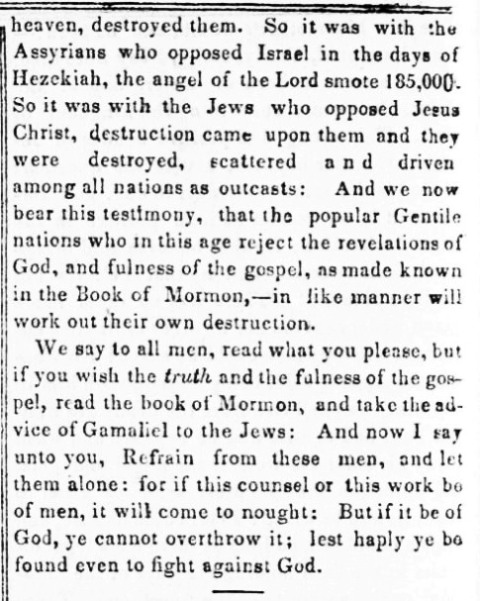