In 1855, Jules Remy (a Frenchman) and Julius Brenchley (an Englishmen) visited Salt Lake City.  Upon their return home they presented to Theodule Deveria "drawings which we borrowed from the Mormons [the Facsimiles from the Book of Abraham]" with a request that he would translate them from Egyptian into French. Deveria obliged, and his translation made in 1859 was subsequently published in 1860 by Jules Remy in his book Voyage Au Pays Des Mormons.1


At the time of translation, Deveria was a young Egyptologist working in the Louvre Museum. He first took an interest in Egyptology at the age of seventeen and subsequently obtained an education from the College of France. In 1850 he performed some Egyptian translations for the Sevres Museum (Paris, France), and in 1851 he began working in the print room in the National Library. In 1855, Deveria began work at the Louvre Museum in Paris, and five years later he was appointed as Assistant Curator of the Egyptian Museum (at the Louvre).2 Before turning thirty years old, Deveria, described as a "young savant," provided Remy with his translation of the facsimiles.3 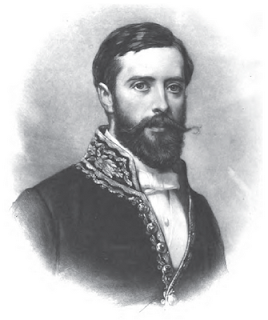 The following﻿ pages are extracted from the 4th volume of Bibliotheque Egyptologique ("Egyptological Library" for French Egyptologists). The tome was published under the direction of Gaston Maspero, another French Egyptologist. These volumes collected scattered writings of Egyptologists, such as Deveria, and combined them for publication. As such, Deveria's translation of the Facsimiles is republished from Remy's book previously mentioned, in the Bibliotheque Egyptologique collection, under the title Memoires et Fragments (Memories and Fragments). The portion relating to the translation is included below. A translation is not provided here; however, since Remy's publication (which is the same as below) was republished in English in 1861, which is available here. 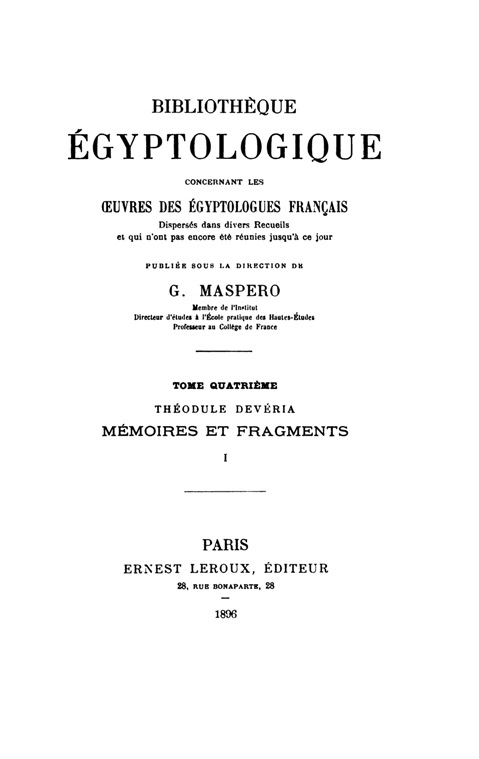 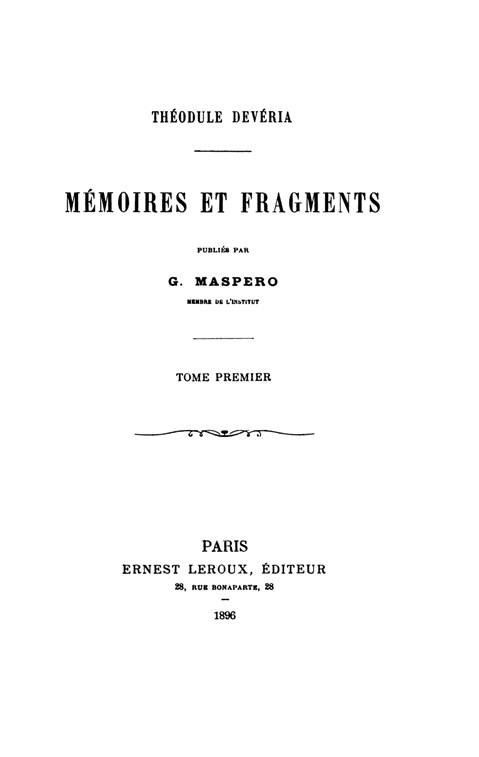 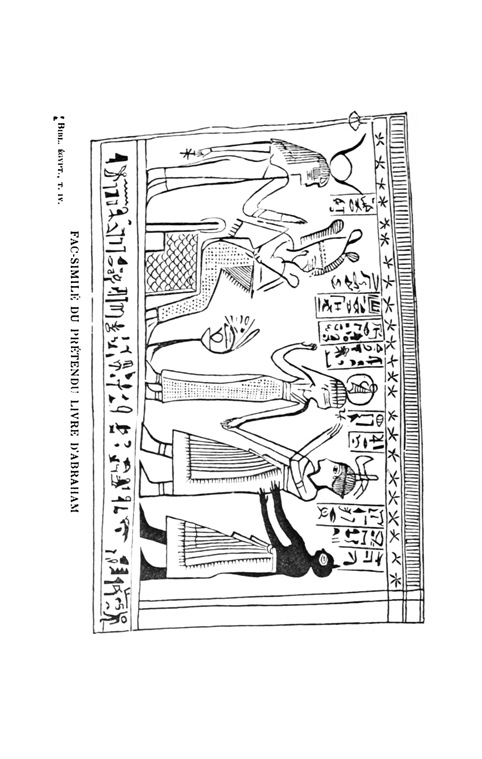 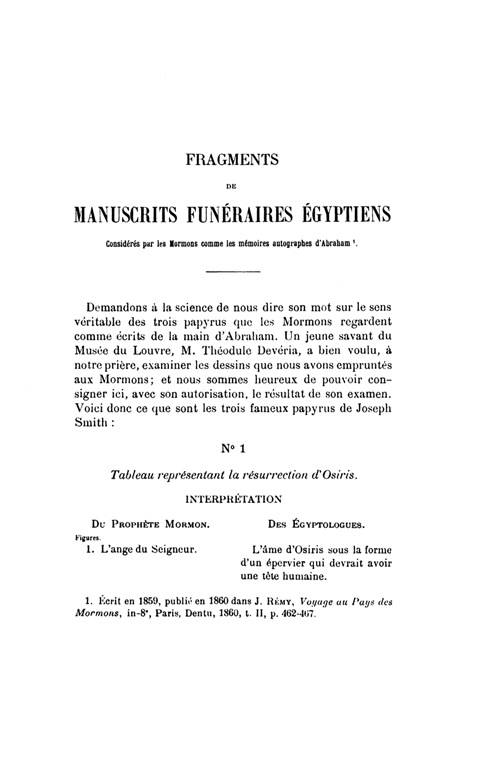 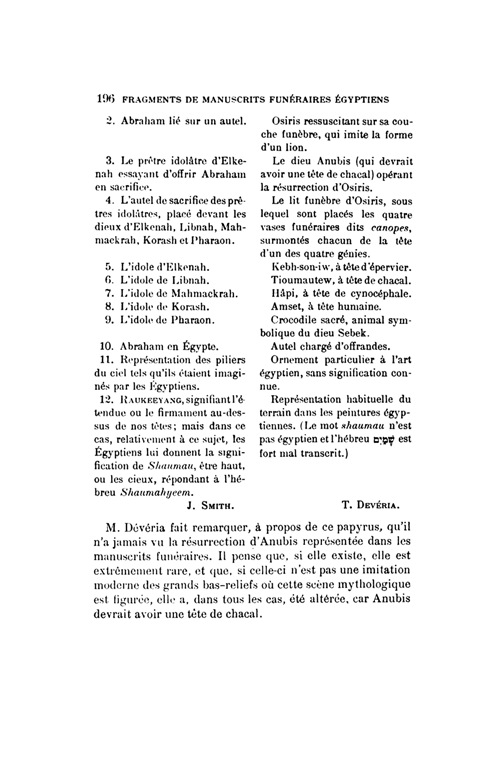 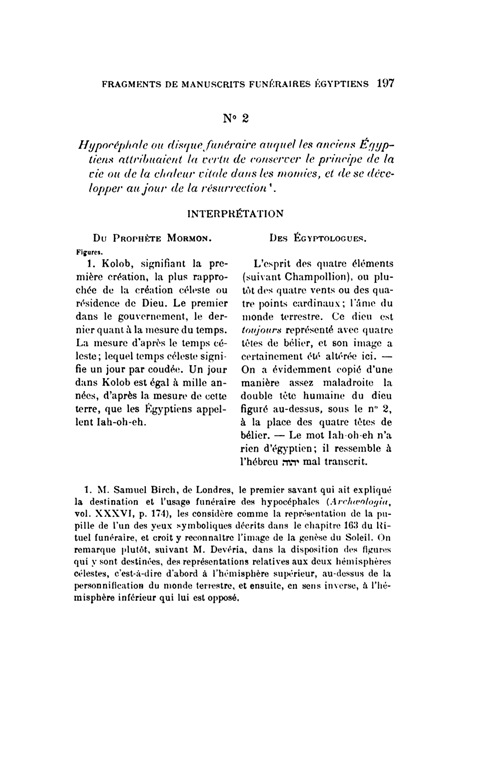 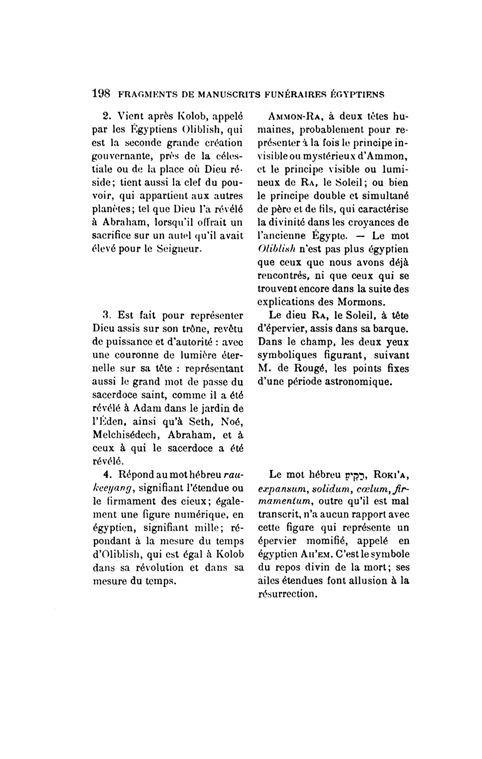 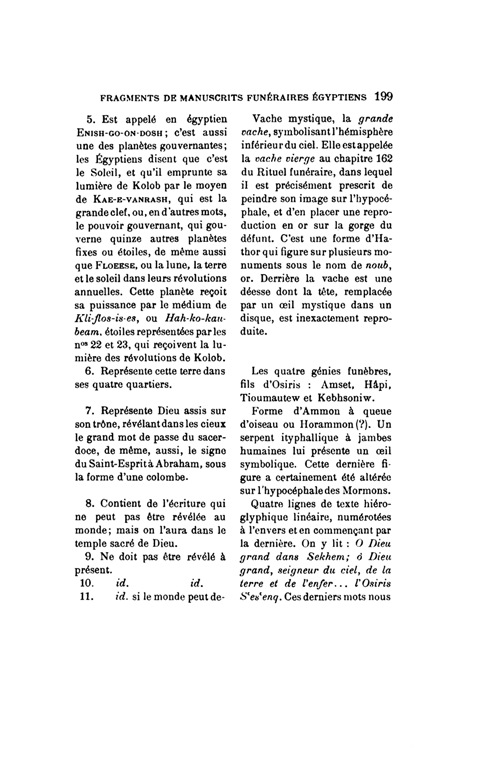 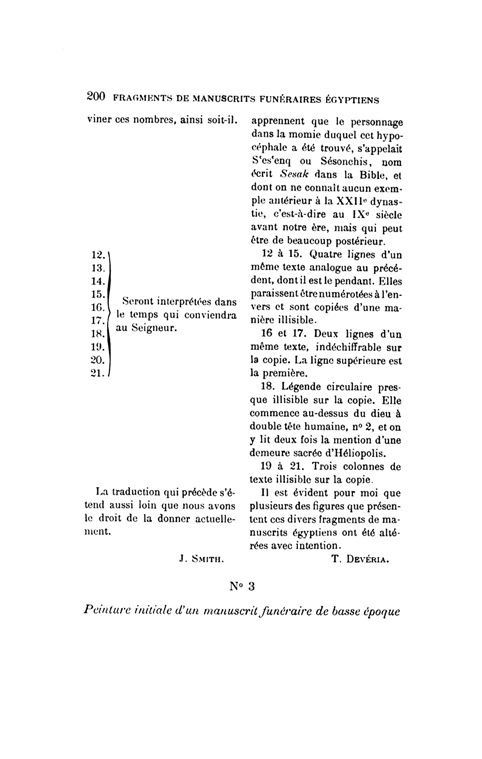 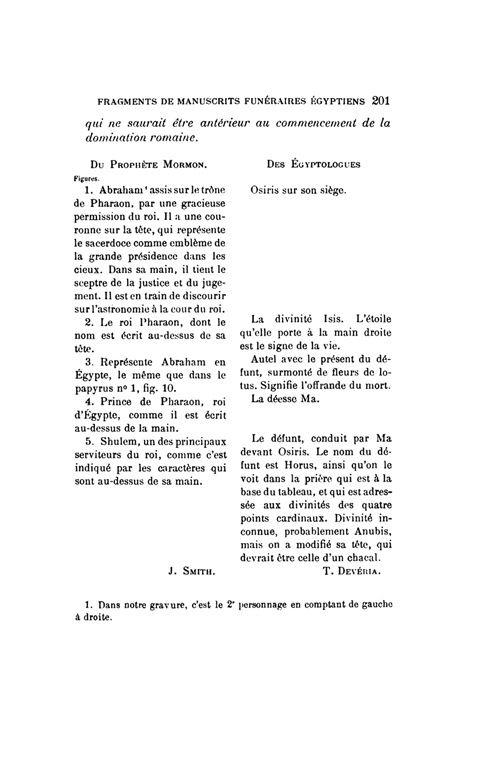 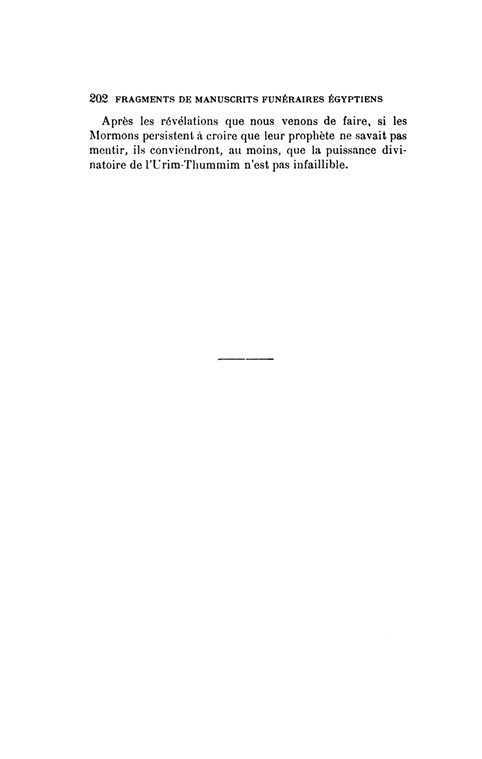