In 1912, Bishop Franklin Spalding published his pamphlet, Joseph Smith, Jr., As A Translator.  While it was meant to destroy faith in the Book of Mormon, it was much more effective in raising non-Mormon awareness of the Book of Abraham and redirected much of the Latter-day Saint's attention to addressing issues raised by Spalding.  Both the Book of Mormon and the Book of Abraham were translated by the Prophet from various forms of Egyptian writing.  The Reverend's attempt to disprove Joseph's ability as a translator would, by inference, destroy confidence in him as a Prophet.  The responses by Latter-day Saints acknowledged Bishop Spalding's seemingly courteous approach, but also identified the deceit he employed in masking his true intentions in attacking Latter-day scriptures.  While non-Mormons believed the publication was impressively successful, most Latter-day Saints found it unconvincing.  Spalding's pamphlet was published in November 1912.  Forthcoming responses appeared in the Deseret News and were subsequently printed in the Improvement Era.  Subscribers to the Era were notified of pending responses in the January 1913 issue (V16, No 3): 280:

In the February 1913 issue, responses by B.H. Roberts, Janne Sjodahl, Frederick Pack, Junius F. Wells, John Henry Evans, Levi Edgar Young, and the Prophet Joseph F. Smith were all included to address some of the issues raised by Spalding and the Egyptologists.  The following extract is from Janne M. Sjodahl: 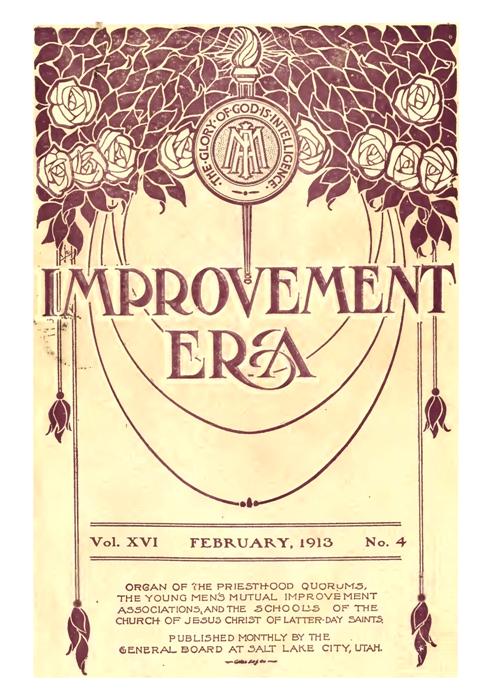 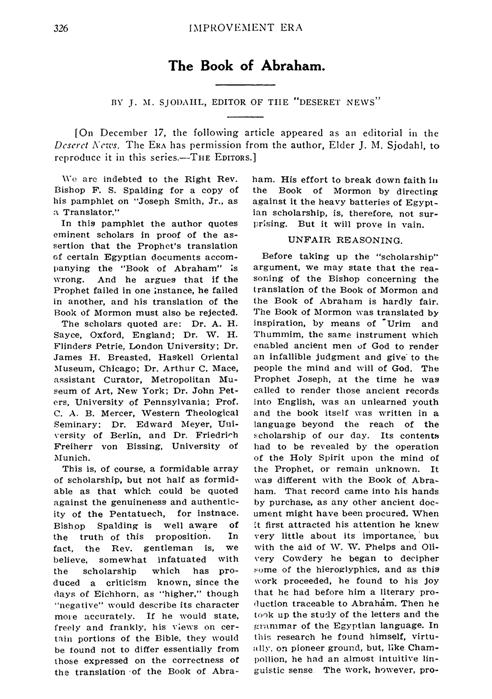 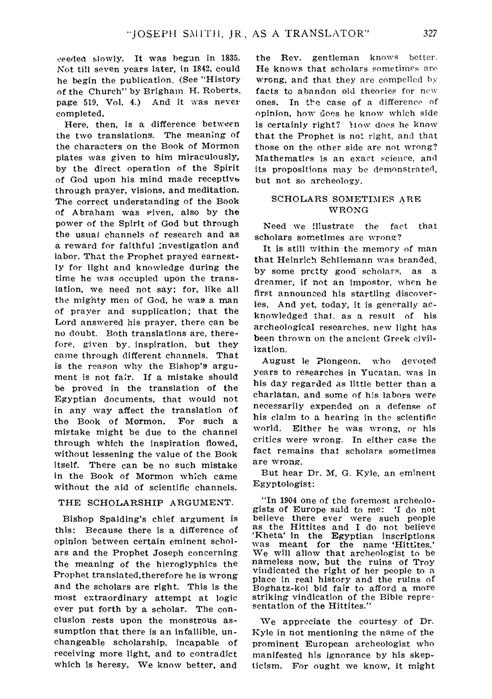 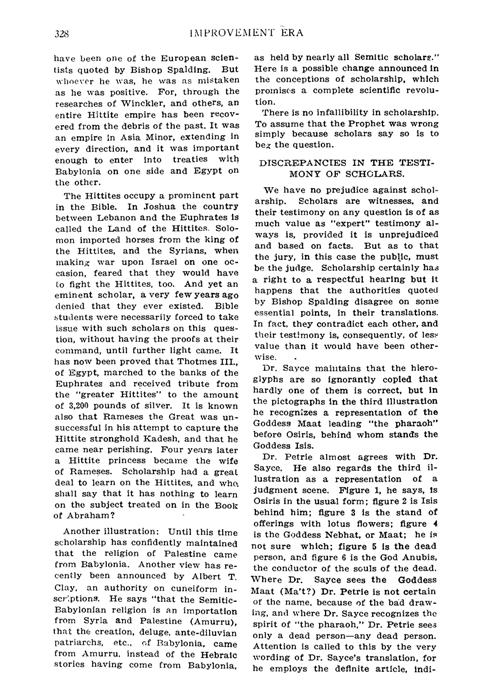 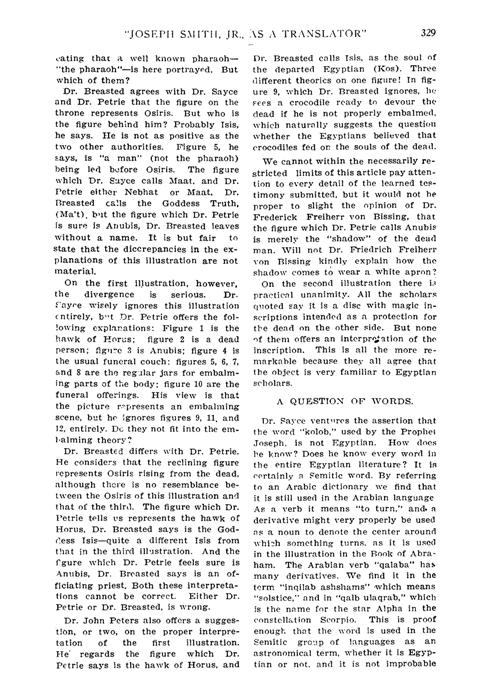 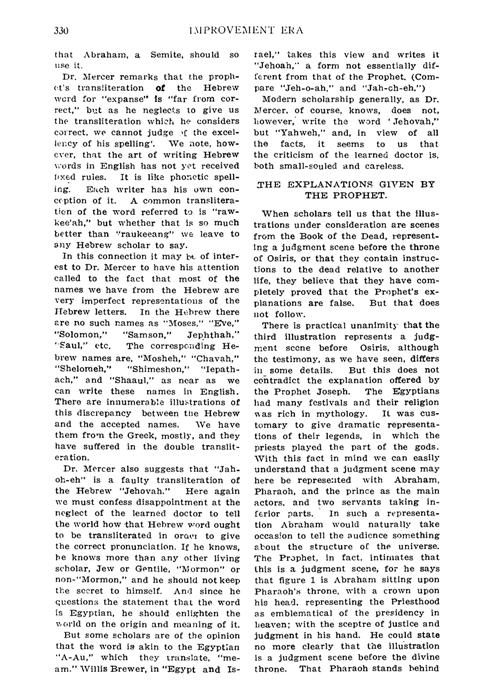 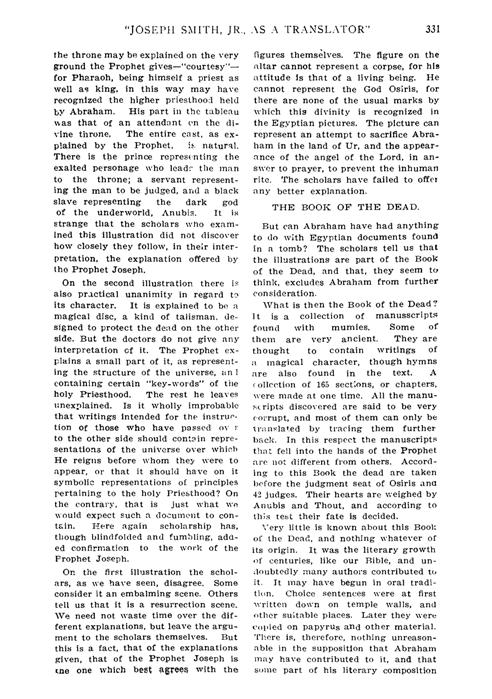 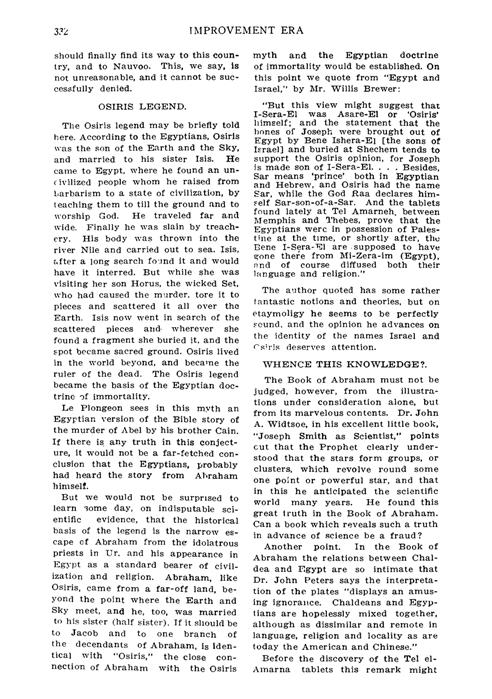 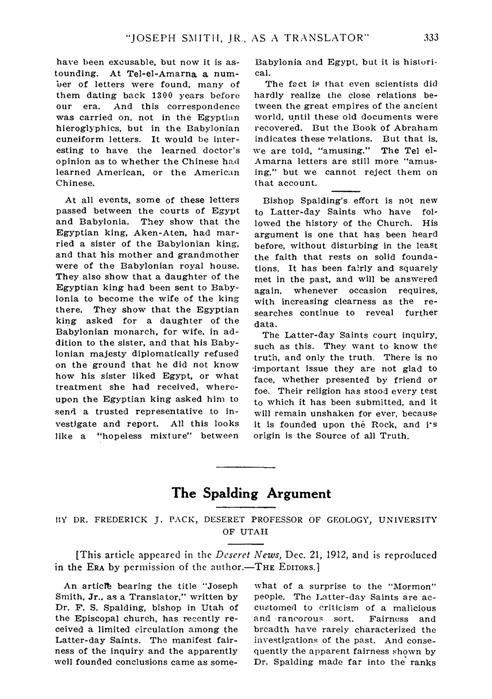